Hello, my lovelies! If you were searching for the different LGBTQ flags and their meanings, you have landed on the right page. June is here and that means it’s time for Pride Month! This is the month we celebrate love. We celebrate the uniqueness of every human. We pay respect to the past and hope for a better future.

We celebrate Pride Month by throwing parties, going to the Pride parade, and much more. However, there is still a lot to learn. Gender and Sex are very vast and dynamic topics. And trust me, everyone is still learning about it. It is never too late to learn about something. If you have ever attended a Pride Parade, you must have seen different flags being waved. Ever wondered what those flags represented?

23 All LGBTQ Flags, Meanings and Names

The most common LGBTQ flag is the rainbow flag. Many people only know that single flag. So, if you ever want to burst this bubble, you must visit a Pride Parade. There you will see so many different LGBTQ flags. Let us educate ourselves. Scroll down to check the different LGBTQ flags and their meanings. 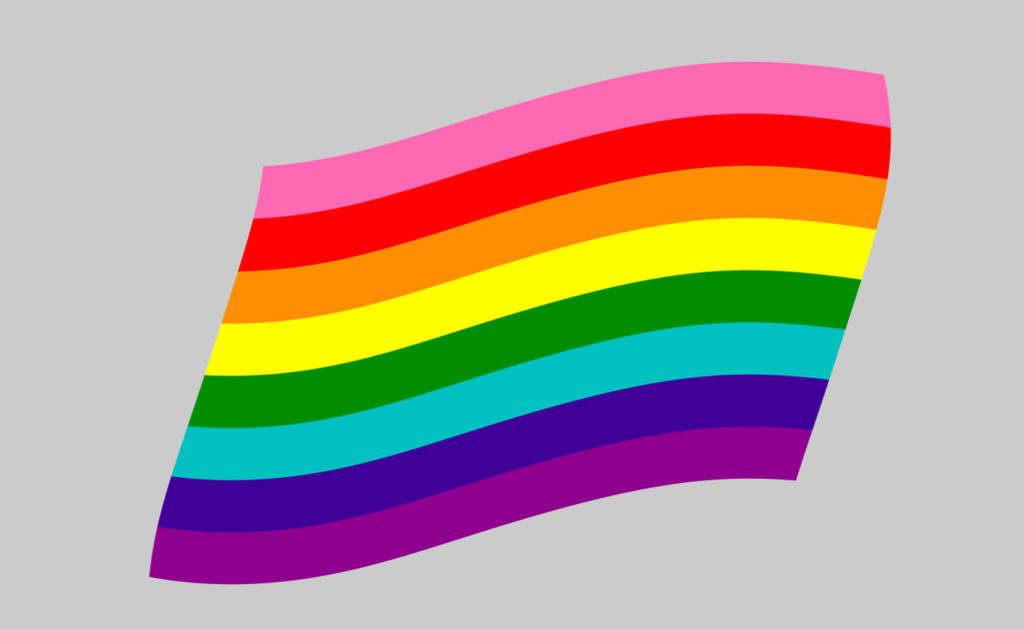 The first LGBTQ flag. A flag that represented love. Gilbert Baker Pride Flag was created by the late artist Gilbert Baker in 1977. He was an openly gay military veteran. He was given this task by Harvey Milk, the first elected official in California to openly come out as gay. Both of them are historic figures in the fight for queer rights.

Baker was inspired by the song ‘Over the Rainbow’. According to Baker, a rainbow represented joy, beauty, and power. It is the symbol of hope. So selecting a Rainbow to represent the queer community was a conscious choice. In 1978 Harvey Milk was assassinated. This led to outrage and the demand for the Pride flag increased. Gilbert Baker had to cope with the rising demand. The production was increased, however, the color pink was very hard to procure. To keep the production of the flag at pace, Baker decided to decrease the number of colors. So, the flag went from having eight colors to seven. Rainbow Pride Flag is the flag that is hailed by the LGBTQ community today. It is a symbol of love and hope. It represents love for all and hope for betterment. Hope for a better future.

In 1979, Baker was decorating the street lamps with pride flags for the parade route. He wanted to color the poles in such a way that an even number of color stripes covered each side of the pole. To do so, he had to reduce the color of the flag from seven to six. This was done by removing the turquoise stripe from the flag. One thing that I love about the Pride flags is the inclusivity. With each year, we learn something new. The concept of gender and sexuality is different now from what it was in 1978. This has to be shown in the flags that represent it. So, in recent years, a new pride flag has become popular. Another Flag that honors the queer people of color is the Philadelphia People of Color Inclusive Flag. This flag was created in 2017 by adding two new colors to the original Pride flag. These colors were black and brown. All the other colors from Baker’s Pride flag were kept untouched. Only black and brown stripes are added to represent people of color. The original Lesbian Pride flag was created by Natalie McCray. It was introduced in 2010 through a blog post. There was a red kiss mark on the left corner of the original flag. The flag had different shades of red and pink. However, Natalie was accused of racism, biphobia, and transphobia in 2018 which led to the community boycotting this flag.

This led to the origin of the new pride flag with different color shades. The present lesbian pride flag has six colors in it. These colors represent: 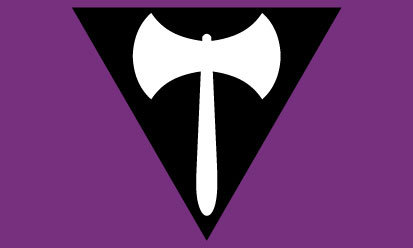 The Labrys lesbian flag was developed by Sean Campbell in 1999. It was then published in the Gay and Lesbian Times Pride issue in 2000. The flag’s design included a labrys placed on an inverted black triangle that is set on a violet background.

Many meanings have been derived from this flag. It is believed that the Amazons, a group of female warriors used to wield the labrys, a double-headed ax. Labrys has also been used as a symbol of empowerment since the 1970s.

The black inverted triangle was a symbol that was worn by the women who were considered asocial by the Third Reich. These women were condemned to concentration camps. This symbol has thus been used to reclaim its power. However, this flag is not popularly used now because it contains the imagery of the holocaust in it. 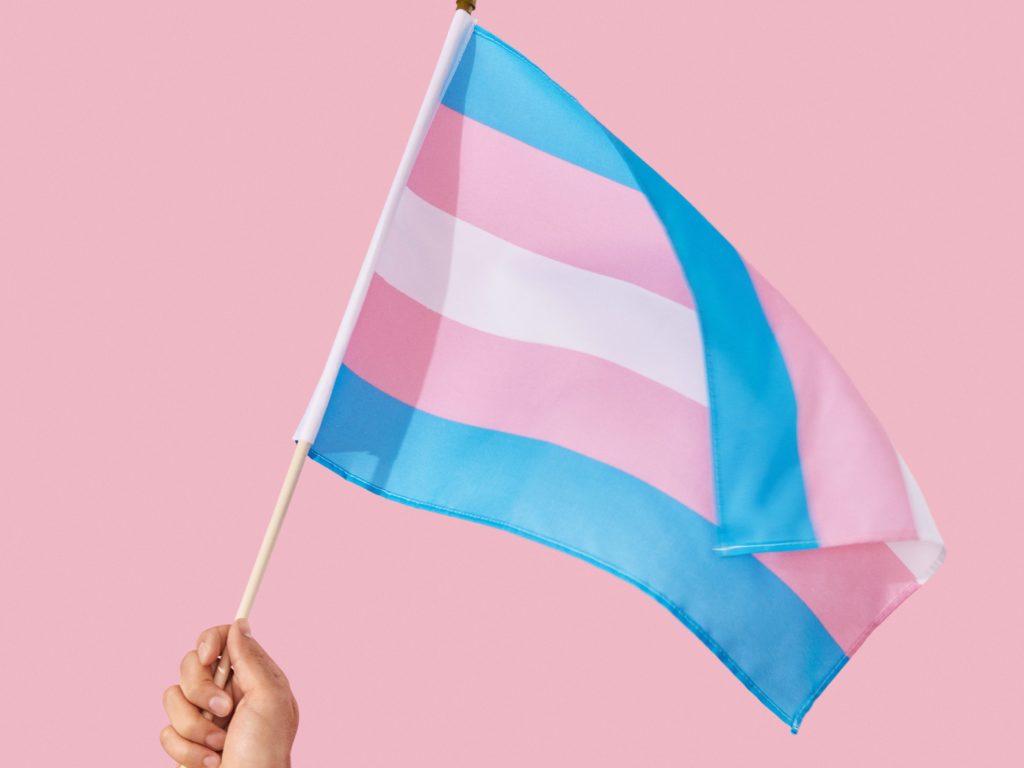 The Transgender Pride flag was created in 1999 by Monica Helms, a transgender woman, and a navy veteran. Helms brought the flag to the Phoenix Pride Parade in 2000. Many people became interested in her design. People liked. The flag was later acquired by the Smithsonian National Museum in 2014.

The transgender flag has three colors light blue, pink, and white stripes. Each color has a different meaning. Here is what the colors in the Transgender Pride flag mean: 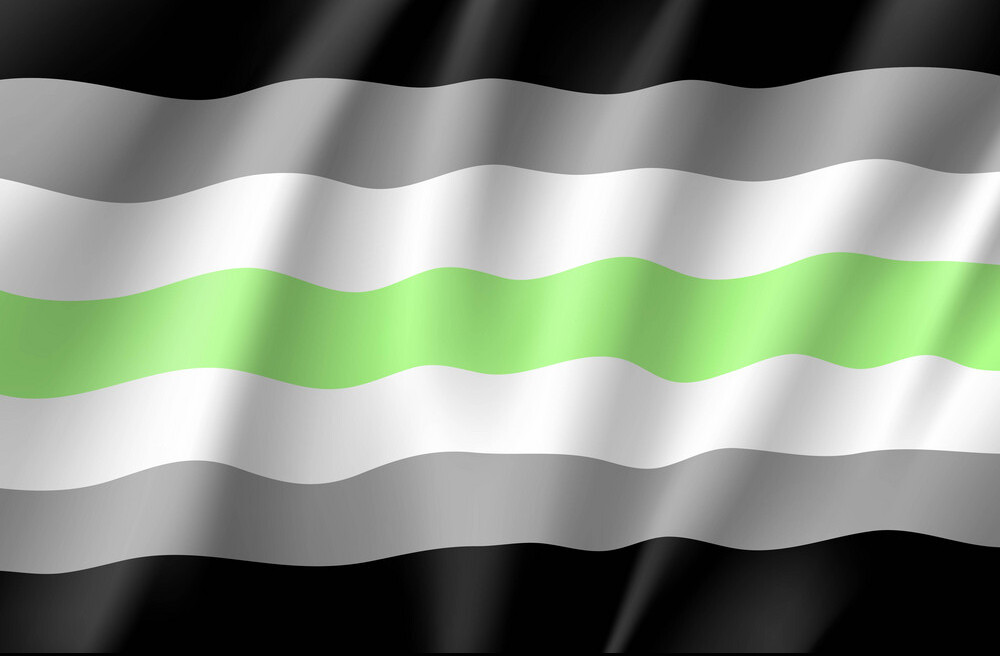 The Agender Pride flag was developed by Salem X in 2014. It was designed to represent the agender community. It has four colors. These colors represent the following: The Bisexual Pride Flag was created by Michael Page in 1998. The flag has three colors. These colors are blue, pink, and purple. The purple color is made by blending blue and pink. This represents how a bisexual person can blend into a straight or queer community.

The purpose of designing this flag was to draw more visibility to the community. It was introduced to increase people’s knowledge about bisexuality. The different colors of the flag represent the following:

The Pansexual Pride flag was introduced in 2010. The designer of this flag is unknown. It was designed to educate people about the difference between pansexual and bisexual identities. A pansexual person refers to themselves as gender-blind. This flag has been designed to represent the same.

The pansexual flag has three colors. The topmost stripe is of salmon pink color. We have the canary yellow in the middle, and at the bottom is a bright blue stripe. The different colors of the flag represent: The Omnisexual Pride flag was developed in 2015. There are shades of pink and blue in the flag. In the middle, there is a black stripe. Here is what these colors represent:

The Polysexual Pride flag was created in 2012 by a Tumblr user. It has three colors- pink, green, and blue. Here is what these colors represent: 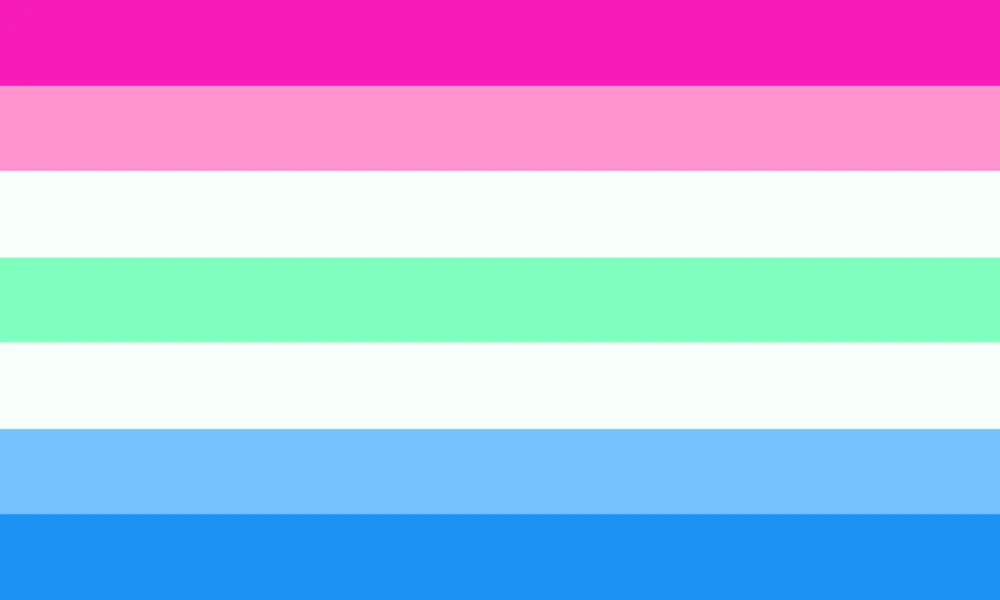 The new Polysexual Pride flag was developed by an anonymous wiki user in 2020. It was designed to be soothing to the eyes. This alternate polysexual flag design has the same colors as the original flag.

There are the original three colors pink, green, and blue. The new addition is light pink and light blue stripes that represent the poly individual. The light green color represents poly and transgender people.

An asexual person is someone who is not attracted to anyone sexually. However, it is also a wide spectrum. Some people on the spectrum may feel sexual attraction infrequently while some may feel the attraction under specific circumstances.

There is no information regarding when the demisexual flag was created. The demisexual pride flag has a black triangle on the left side. It has a thick white and gray line on the top and bottom, respectively. In the middle, there is a thin purple stripe. These colors represent the following:

An intersex person is someone whose body does not align with the gender binary of male and female. It is a wide spectrum. There are a lot of stereotypes and misconceptions regarding intersex people.

The Intersex pride flag was developed by Morgan Carpenter in 2013. It was created to represent the intersex community. The intersex flag has two colors. These colors represent the following: 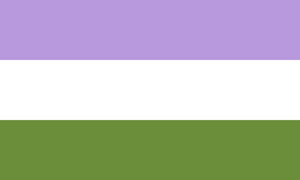 A genderqueer person is someone who does not conform to society’s ideas of how a specific gender should act. They don’t conform to the expectations that society has built for genders.

The Genderqueer Pride flag was created by Marilyn Roxie in 2011. It has three colors- lavender, white, and green. These colors represent the following: A genderfluid human is someone who doesn’t conform to one gender. Their identity shifts between the gender spectrum. The genderfluid flag was designed by JJ Poole in 2012 to represent genderfluid people.

There are five colors in the genderfluid flag. These colors are pink, blue, purple, black, and white. Each color represents the following: 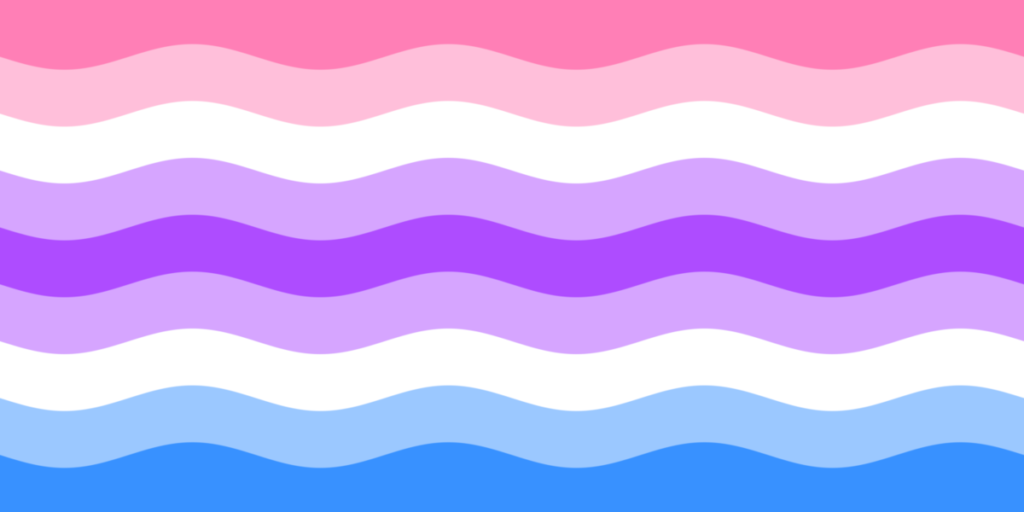 This genderfluid flag was updated in 2021. It was designed by an LGBTA wiki user. This flag is considered to be an alternate genderfluid flag. The new genderfluid flag does not have straight lines. It has wave patterns instead. These waves represent the fluidity that is experienced by people with this identity.

This flag is comparatively new but is becoming famous. It can soon be used as the mainstream genderfluid flag. It has five colors which represent the following: 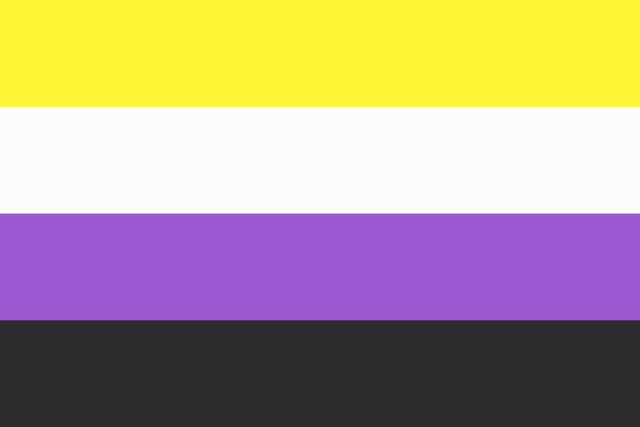 A non-binary person is someone who does not fall in the heteronormative binary. The identity of people in the non-binary spectrum fluctuates. Their gender identity isn’t exclusively female or male.

To represent the non-binary people, Kye Rowan designed the non-binary pride flag in 2014. The flag has four colors- yellow, white, purple, and black. Here is what these colors mean: A polyamory person is someone who is in multiple relationships and all the people involved are consenting. This is represented by the pi symbol. The Polyamory flag was created in 1995 by Jin Evans.

The Polyamory Flag has four colors- blue, red, black, and yellow. There are versions in which the pi is replaced by a heart interlocking with an infinity sign. Here is what the colors of the flag represent:

Different LGBTQ Flags and Their Meanings

It is time to w
rap up! In this article, I have given you a list of 23 LGBTQ flags and their meanings. We are still evolving and learning about the gender spectrum every day. It is never too late to start learning and respecting someone’s choices. This June when you go to a Pride Parade, you will know the meanings of the different flags being waved.

I hope you liked this article. For more such articles, keep visiting Path of EX!