Elden Ring is a huge game and the only guiding light that moves you along the Lands Between is that insanely gargantuan luminous tree, Erdtree. The entire goal of the game is to reach this tree and become the Elden Lord to fix the ruined world but in the traditional From Software way the goal can be altered and the ending can change completely.

These endings are based on the choices the player makes and the quests they have completed throughout the adventure. All of these endings indicate having a major potential (as we don’t see the actual world after the ending) impact on the Lands Between. The impact is for you to choose!

There are a total of 6 endings that you can unlock in Elden Ring and the way to unlock them is mentioned below:

The details of getting each ending will be discussed below so keep reading the article.

Related: Is Elden Ring In The Dark Souls Universe? Explained 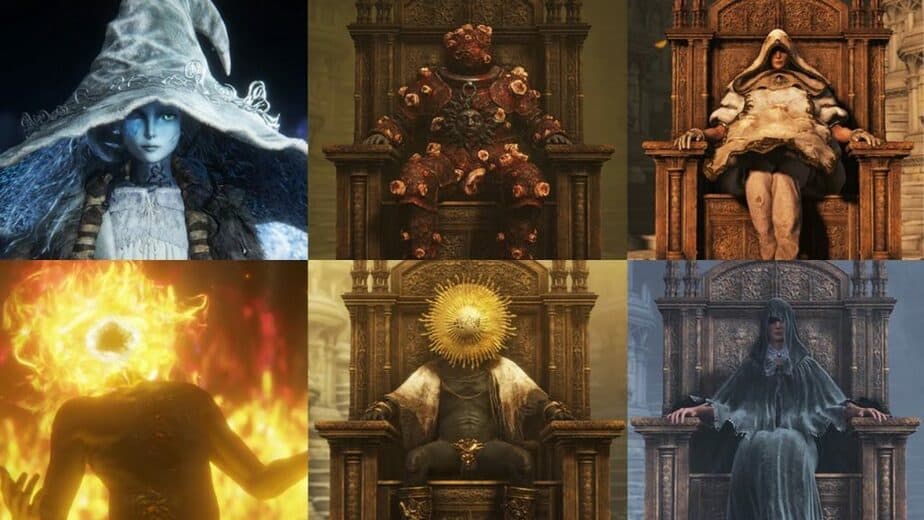 Before we go into each ending’s details there are some things to consider regarding the choices on Elden Ring: 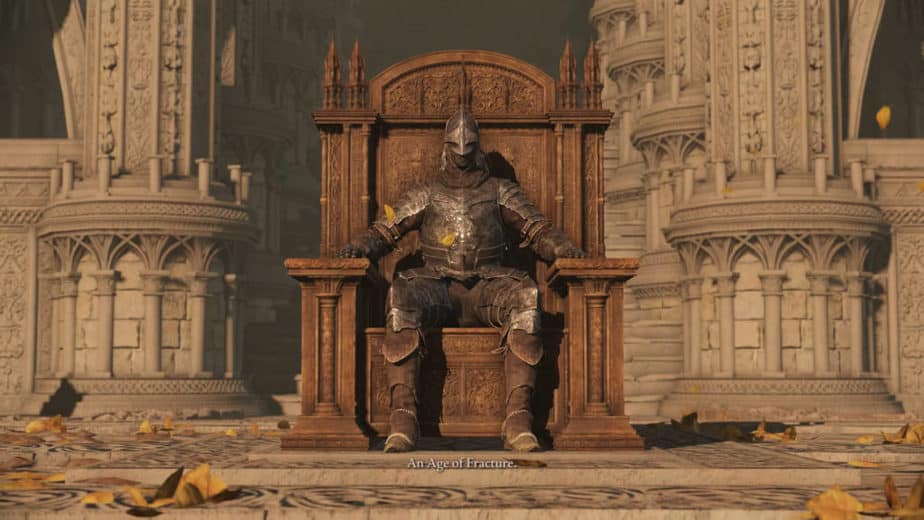 This is the basic default ending you get without going for any quests or choosing any other ending. For this, you must have not inherited the Frenzied Flame otherwise you will be locked into that.

After the final boss touch Marika and choose to “Mend the Elden Ring” to get the Age of Fracture Ending and become the Elden Lord. This is a simple and straightforward ending and does not have much details attached to it. 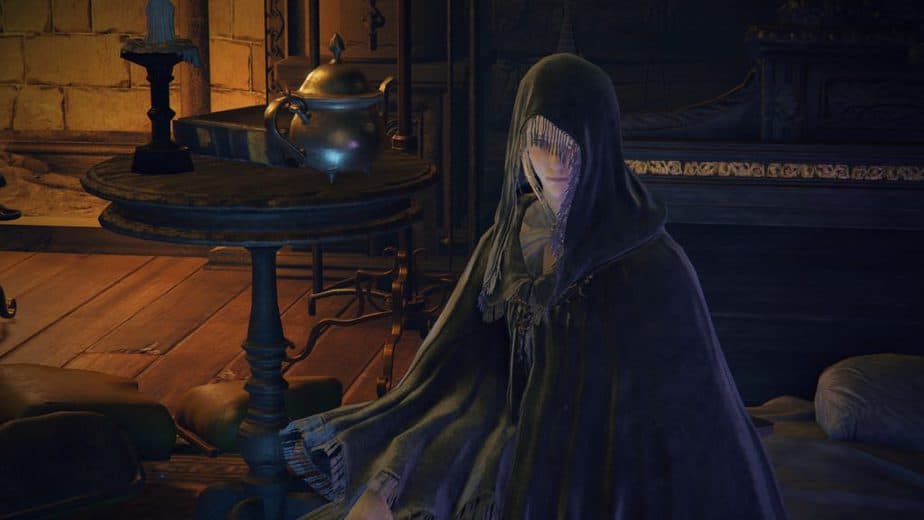 Using the Cursemark of Death on Godwyn’s corpse to give him a second life as the First of the Dead, Fia lays with him and bears the first of Dead demigods in the form of a rune. In the Age of the Duskborn Ending, the player chooses to use this Mending Rune of the Death-Prince to begin a new age of Duskborn as Elden Lord. Here the Lands Between are covered in an eerie fog, and the principle of life within Death is embedded into the Order, ridding the world of immortality and allowing the natural cycle of life and death to occur for all people and creatures alike.

The whole Fia questline and the ending related to it can be seen in the video below:

Related: The Mini-Bosses of Elden Ring Ranked By Difficulty 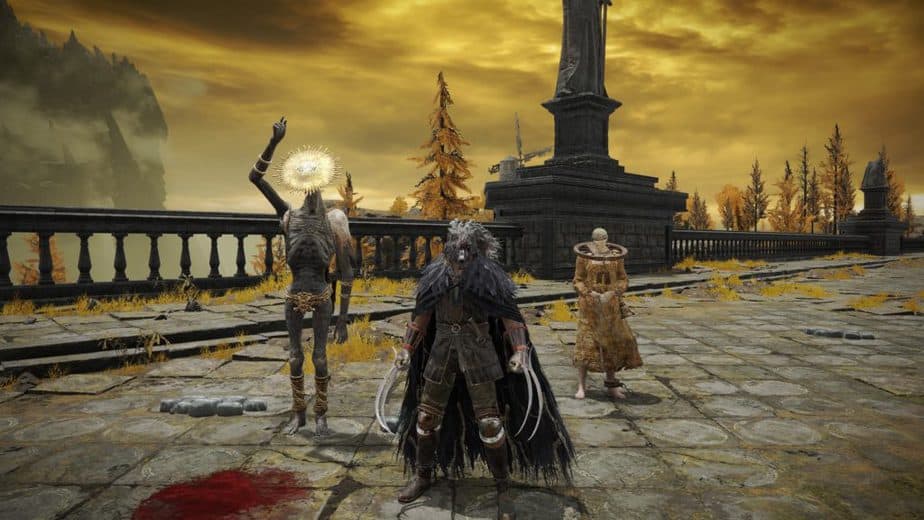 This ending is unlocked after you have completed the intersecting questline of Goldmask and Brother Corhyn. At the end of the quest, you will be rewarded with the Mending Rune of Perfect Order. After defeating the final boss and touching Marika you will have to choose the “Use Mending Rune of Perfect Order” option to get the Age of Order Ending. For this, you must have not inherited the Frenzied Flame otherwise you will be locked into that.

The Age of Order Ending is an alternative version of the Golden Order ending, where the player chooses to use the Mending Rune of Perfect Order on the Elden Ring to restore order to the Lands Between by putting an end to all the conflict caused by forces “emboldened by the flames of ambition”.

The noble Goldmask once said that “all the good and the great wanted, in their foolishness, is an absolute evil to content with”, implying that one who seeks greater power to further his or her ambition will, in all likelihood, presents himself or herself as the greater good and condemn the other side as the absolute evil. Each will accuse the other as committing heresy. Strife would ensue, plunging the Lands Between into chaos and unending conflicts.

The Age of Order thus envisions a new age of stability, where there is no more conflict brought upon by the “fickleness of the gods no better than men” which was “emboldened by the flames of ambition”.

The Goldmask and Brother Corhyn questline and the ending can be seen in the video below:

Related: Where to Buy Smithing Stones in Elden Ring To get this ending you must complete Dung Eater’s questline which requires you to give him 5 Seedbed Curses and in return, he will give you the Mending Rune of the Fell Curse. After taking out the final boss and touching Marika you will have to choose the “Use Mending Rune of the Fell Curse” option to get the Blessing of Despair Ending. For this, you must have not inherited the Frenzied Flame otherwise you w
ill be locked into that.

The Blessing of Despair Ending is an alternate version of the default ending of the game, where the player chooses to use the Mending Rune of the Fell Curse and begin the new age as Elden Lord. The difference is that now the Lands Between have been overtaken by a malignant curse. Though the exact details of what the curse truly is aren’t fully explained, it is the same curse that is caused by Dung Eater’s defilement, causing inflicted souls to be unable to return to the Erdtree. With the fell curse embedded in the Elden Ring, all current and later generations will be afflicted by this reviled curse.

The Dung Eater’s questline can be followed using this video:

Related: Elden Ring DLC: Features, Hints and What To Expect

The Blessing of Despair ending can be seen here:

Age of the Stars Endings 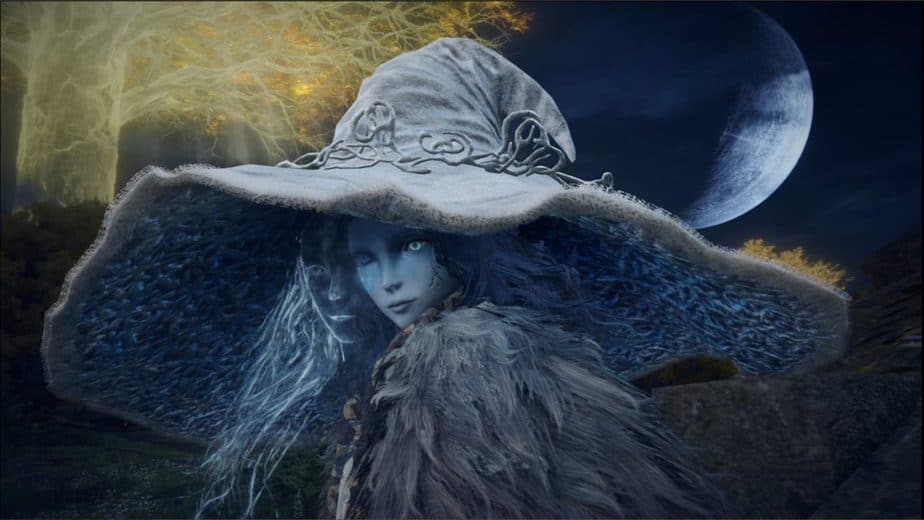 The most sought-after ending in Elden Ring as it is associated with Ranni’s quest, a contender for waifu of the year, on top of that you will be “married” to her at the end of the quest so waifu confirmed. You will get this ending after you have completed the long-winded quest of Ranni, this quest will have you visit two different underground legendary cities, fight some difficult enemies and follow some very convoluted steps.

At the end of the quest you will have freed Ranni from her spectral prison and she will tell you that she has some other plans for the Lands Between and unlike other endings you will not receive any Mending Runes here. After defeating the final boss you will see Ranni’s summon sign which you can interact with to initiate the Age of the Stars Ending, don’t touch Marika like previous endings. Also For this, you must have not inherited the Frenzied Flame otherwise you will be locked into that.

In the Age of the Stars Ending the summoned Ranni will replace Marika as the new Goddess and takes the player as her Elden Lord in this new kingdom.

She brings an end to The Golden Order and establishes her own Order, the exact name of the order is not revealed. In doing so she also removes the influence of The Greater Will from The Lands Between. She leaves The Lands Between together with The Tarnished/player and takes her Order with her, on a journey meant to last a thousand years. As a result of her absence, The Lands Between is left without a lord for the first time in an age.

The complete Ranni questline and the ending can be followed using this video: One of the most tyrannical endings in the game and perfect for the people who like to see the world burn, literally in this case. Though this ending is somewhat associated with Hyetta it is not necessary to follow her quest, she does provide some semblance to the lore behind this ending which is always welcomed.

To get this ending you will have to just find and meet the Three Fingers which are located deep within the Subterranean Shunning Grounds below Leyndell Royal Capital. After you have made your way to the giant ominous door that has imprisoned the Three Fingers you will have to remove all your armor otherwise the door will not open. Going in “naked” you will be greeted by the grotesque glowing Three Fingers where it will hug you and brand you with the Frenzied Flame, and you destiny will shift to become lord for this menacing force.

Related: What Is The Elden Ring? All Questions Answered

This is the only ending that will lock you out of choosing any of the other endings, whereby defeating the final boss and touching Marika you will be given only “Become the Lord of Frenzied Flame” to get the Lord of the Frenzied Flame Ending.

If you are stuck and want to get out of this ending restriction then you will have to use Miquella’s Needle in Dragonlord Placidusax’s arena at Crumbling Farum Azula to remove the Frenzied Flame brand and this is a permanent reversal hence you can not get this ending in the playthrough you used the needle.

If the Frenzied Flame is inherited before the events at the Forge of the Giants, Melina leaves the player’s side, leaving them to sacrifice their own body at the Forge. This leads to an extra scene at the ending, showing Melina without the mark on her left eye, devoting herself to deliver “Destined Death” to you. If the player obtains the Frenzied Flame after the events at the Forge, the scene with Melina does not occur, due to her own prior sacrifice.

As explained by the Three Fingers through Hyetta at the end of her quest, this ending sees the Tarnished take up the mantle of the Lord of Chaos, and tasked with burning the world, along with the mistakes of the Greater Will to unite everything and everyone.

To locate the Three Fingers and the ending check the video below:

There are six endings in total and each has its appeal. The Ranni’s ending is considered to be the best ending within the community and Frenzy Flame is one of the worst but it’s up to the player and their taste which they consider to be the best outcome for the Lands Between. Personally, with the punishment this game put me through I will like to choose the Frenzy Flame ending but you do you Tarnished!