The Obi-Wan Kenobi series has arrived on Disney+, delivering a show that not only enhances the prequel trilogy but also answers many mysteries established in Star Wars: A New Hope. Ten years after the events of Star Wars: Revenge of the Sith, Obi-Wan Kenobi follows the former Jedi Master on his mission to oversee Luke Skywalker’s upbringing, safety, and eventually, his training. Kenobi released 17 years after Ewan McGregor’s last appearance as the knowledgeable and powerful Jedi Council member, and sees him at his low point after feeling he’s failed both Anakin and his old Jedi Master, Qui-Gon Jinn.

Kenobi’s comings and goings between Revenge of the Sith and A New Hope have been a topic of great interest for many years, with Ewan McGregor’s return as the titular hero in extremely high demand. Though the Star Wars prequel trilogy certainly had its problems, its cast was never one of them. While the general view on the prequels has improved over time, something has never changed, and that’s audience appreciation of McGregor as Obi-Wan Kenobi.

Now a factory-line worker, Obi-Wan has gone to extreme lengths to remain hidden, while also continuing his mission to guard Luke Skywalker. Obi-Wan Kenobi is now unsure of himself but is still being patient, playing the long game for the betterment of all the Jedi remaining. The first two episodes of the Disney+ series added a lot of much-needed groundwork, gently easing Obi-Wan back into the life of the Jedi, ready for his eventual duel with Darth Vader. Obi-Wan Kenobi is now a live-action bridge between Star Wars: Revenge of the Sith, and the original Star Wars: A New Hope. To this end, Obi-Wan Kenobi has already answered a number of questions that were left by A New Hope. 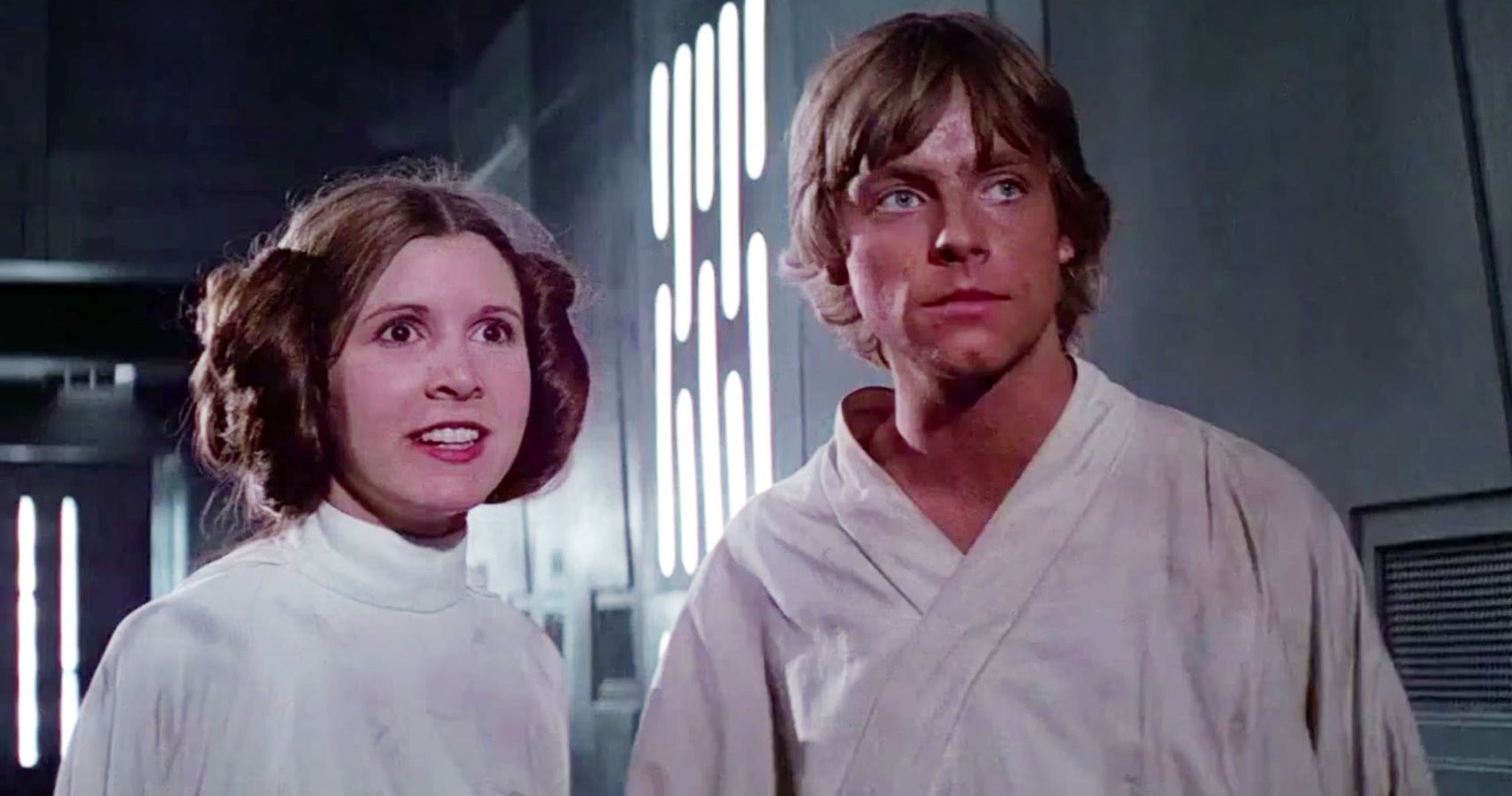 One of the most iconic lines in A New Hope is Princess Leia Organa (Carrie Fisher) asking Obi-Wan for aid on a hologram recording, begging, “Help me, Obi-Wan Kenobi; you’re my only hope.” Since Obi-Wan has been in hiding since Leia was a baby, how she knew who Obi-Wan was has been a mystery. Obi-Wan Kenobi has now provided two explanations. First, Bail Organa could very well have informed Leia to go to Obi-Wan to help. While Leia knew Obi-Wan Kenobi as a child, she may not have connected the dots to Obi-Wan’s true identity as she met him when the Jedi Master went as Ben Kenobi. When Luke rescues Leia from cell 2187 and mentions “Ben Kenobi,” Leia jumps up and is ready to go find him. While Leia may have suspected the connection, to Obi-Wan and Ben, it wasn’t confirmed until Luke stated Ben’s name in the cell.

How Luke Got His Toy Shuttle

Uncle Owen is closed-minded both in Obi-Wan Kenobi and A New Hope. Owen doesn’t let Luke out and see the world, wanting to keep him on the ranch and safe, so it’s a bit odd that Luke got his hands on a model ship. While Owen is just trying to protect Luke, he is only delaying the inevitable. Owen’s effort to keep Luke on Tatooine forever only pushes Luke further away. Obi-Wan secretly gifting Luke the spaceship model makes sense, as he wants young Luke to be adventurous. By instilling a sense of the wider galaxy in him, it ensures that one day, he’ll be more inclined to join Obi-Wan and begin his Jedi training.

Why Obi-Wan Told Luke His Father Was Dead

Obi-Wan tells Luke that his father was killed by Darth Vader in A New Hope, and this is expanded further in Star Wars: The Return of the Jedi when Obi-Wan insists that he was telling the truth “from a certain point of view.” Obi-Wan Kenobi confirms that the titular character never suspected his former Padawan was still alive. Obi-Wan believed for 10 years that Anakin was dead, never once questioning this fact. For Obi-Wan Kenobi, Anakin Skywalker died on Mustafar. When he left Anakin for dead, it was the last time he ever saw him; by that time, Vader had taken over his former “brother.” The amount of time and disassociation surrounding Anakin makes Obi-Wan’s lie a lot more understandable. To him, Luke’s father did die on that lava planet long ago.

Owen Lars – who didn’t recognize C-3po – and Luke are very different people, and though they love each other, there was never an understanding between the two. Owen wanted nothing more than for Luke to spend the rest of his life on the homestead, out of the affairs of the Empire and the Rebellion, despite knowing about Luke’s gift. As a result, Luke is somewhat naive to the ways of the universe. It’s easy to understand why he thought “Old Ben” was just a hermit, despite many glaring points indicating that Ben wasn’t what he seemed. Obi-Wan Kenobi’s first episode shows just what great lengths to which Kenobi went to appear to be nothing more than a simple old hermit, making it even more believable.

Why Leia Entrusted The Plans To R2-D2

Obi-Wan Kenobi hammered one key aspect of Leia’s personality home, which is her appreciation and love for droids. Leia’s beloved droid in Obi-Wan Kenobi is named Lola. Her humanization of Lola’s real name, LO-LA59, along with always referring to Lola as a “she” rather than an “it,” shows Leia sees the Star Wars droid as her equal. Leia’s affection for droids is what will eventually save the entire galaxy from the Empire. While not many people would trust their droids with secret plans, Leia entrusts R2-D2 with the fate of the galaxy. To her, the loyal little droid is as trustworthy as any of her human friends and allies, and maybe even more.

After the fall of the Jedi, Obi-Wan has one mission: to look after and develop Luke Skywalker once he starts showing his Force-sensitive abilities. The success of this depends upon him staying hidden and off the radar of the Inquisitors. He doesn’t help the lost Jedi in Obi-Wan Kenobi for this same reason; secrecy is his most vital weapon. In A New Hope, it seemed Kenobi was merely keeping an eye on the boy, but Obi-Wan Kenobi shows how the Jedi Master has taken it as a sacred duty in his guilt over failing to save Luke’s father. Yet, he also uses it as an excuse to not get involved, such as when he initially refuses to save Leia. As Rebels, Rogue One: A Star Wars Story and Han Solo: A Star Wars Story add to the time between Star Wars episodes III and IV, it’s fair to ask why Kenobi wasn’t there to help. His devotion to Luke and Leia, particularly Luke, is the answer.

Why Luke Doesn’t Know Anything About The Jedi

In A New Hope, it seems somewhat impossible that Luke knew nothing about the Jedi, who used to govern most of the galaxy. However, Obi-Wan Keno
bi shows just how good the Jedi were at remaining concealed and underground. Not only that, but most of the remaining few Jedi left alive after Order 66 were constantly on the move in an attempt to hide from the Inquisitors that pursued them. The Jedi have been all but wiped out in Luke’s lifetime, and the added influence of Owen trying to keep it all from him contributed to Luke’s ignorance about the Jedi.

Why Han Solo Thinks The Force Is Just A Hokey Religion

One of the more unbelievable moments in A New Hope is when Han Solo states that the Force is just another hokey religion, despite having Obi-Wan and Luke with him. But again, there were few Jedi left by this time and the ones that were still alive were in hiding. Obi-Wan Kenobi showed that in their absence, conmen like Kumail Nanjiani’s Haja Estree pretended to be Jedi, tricking people into believing they were using the Force. With Han’s role as a smuggler, it’s likely that the only “Force-sensitives” he’d ever been exposed to were the con artists like Estree. Han had no idea how powerful Force users were.

Grand Moff Tarkin’s destruction of Alderaan in Star Wars: A New Hope always seemed extremely harsh, especially as Leia had already told the “truth” regarding the Rebel base. It was especially surprising, as Alderaan was an advanced planet, capable of bringing in credits for the Empire and an important planet all around for politics. However, Bail Organa likely changed this. Starting as just another Senator, Bail Organa grew to become a cornerstone of the Rebellion. The seeds were planted in Obi-Wan Kenobi when he sent Obi-Wan to rescue Leia; it’s clear Bail is politically savvy and keeps his ear to the ground. It is likely that Tarkin blew up Alderaan not only to put Leia in her place, but also to exterminate the Imperial threat Bail Organa presented once and for all.

Yes, The Obi-Wan Kenobi Meme Was Perfect (& Worth The Wait)