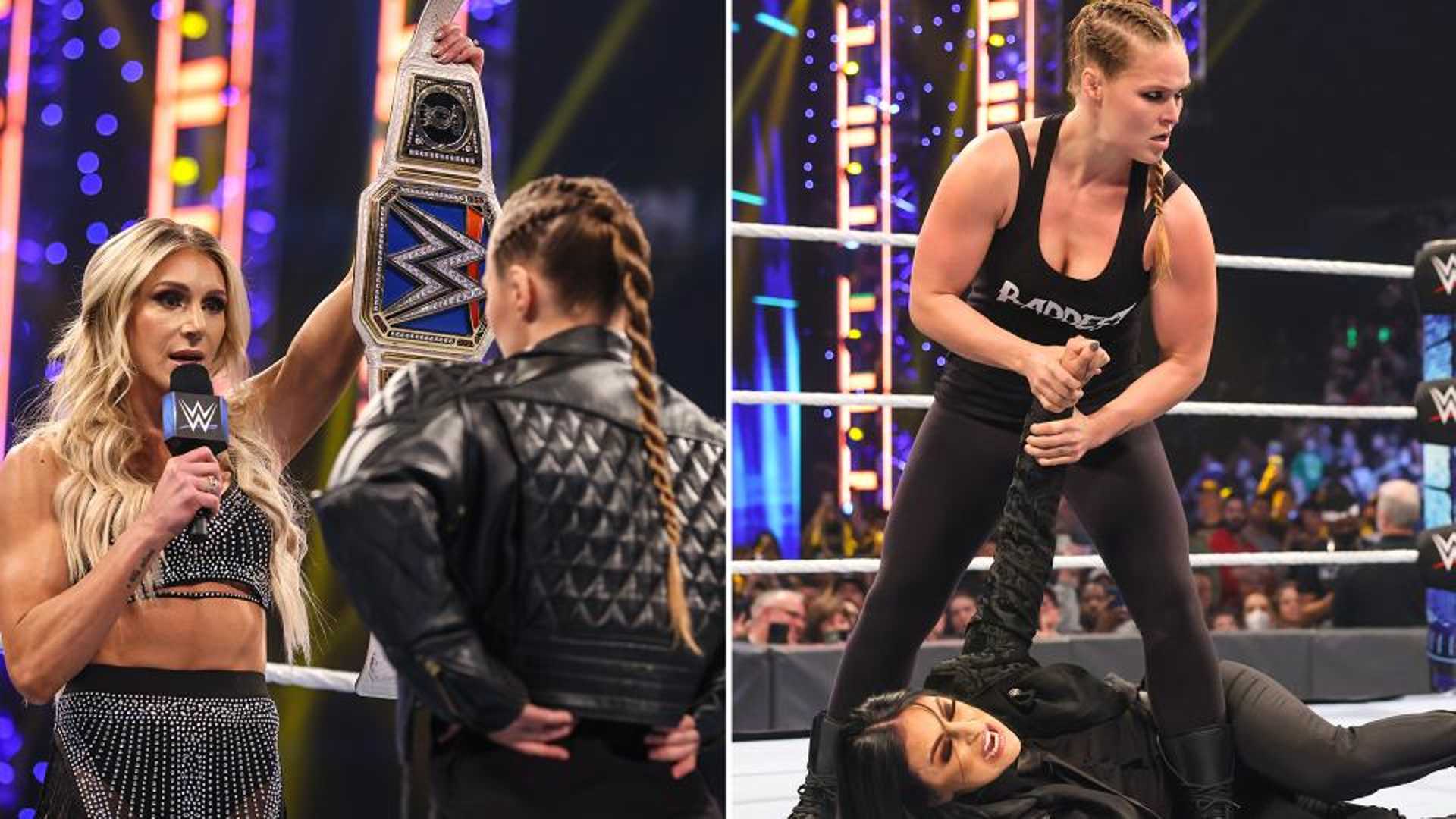 Flair made an appearance in the show-closing main event portion of tonight’s Royal Rumble go-home edition of WWE SmackDown on FOX. Sonya Deville joined her, and Deville discussed how she received word from RAW Women’s Champion Becky Lynch about Ronda Rousey having the plan to contend for the red brand championship at WrestleMania 38. Flair launched into a diatribe about the probable Mom vs. Mom battle at WrestleMania, which Deville predicted would be signed.

Since Rousey had reportedly picked Lynch as her WrestleMania 38 opponent, Flair named Sasha Banks as her replacement. WrestleMania would be both the finest and worst night for The Boss, according to Flair, who will have the contract for the match ready. When the music stopped, Rousey made her first-ever appearance for the blue brand. Ronda Rousey stated that she won The Rumble the last time she checked and that she will be the one to pick her opponent.

She concurred with Charlotte Flair that having a mother had changed her, and she didn’t travel around the country with her baby in a winter storm simply to talk – she traveled here just to educate her the family business of ass-whooping, and Flair is one person to whom she owes an ass-whooping. Rousey had a few more words for Flair, stating she’s not special and that she’ll see her at WrestleMania 38, calling her a “b—-h” before lowering the mic and staring Flair down.

Flair then hoisted the championship and made a dig at Rousey’s baby, claiming that the SmackDown Women’s Title belt is her baby, and it’s a beautiful baby than hers. Flair made a joke at Rousey, but Rousey was already itching for a fight. Deville spoke down to Rousey, reminding her who is in charge of the show. As Flair charged at Rousey, she pushed Deville. Deville jumped on Rousey’s back as she sidestepped Flair. As Flair stood ringside, Rousey pounded Deville to the canvas and applied the armbar. As Rousey’s music played, SmackDown went off the air with Rousey and Flair staring each other down, with Flair at ringside.

Lynch is expected to defend her WrestleMania 38 title against Bianca Belair, although nothing has been confirmed as of this writing.