Let me begin by getting it out in the open. Yes, I’m a huge Uncharted-fan! I love the series and the games have made for some of the best gaming memories I’ve had during my 24 years of holding a controller in my hand. However, I totally agree with the criticism about the games, and for me it isn’t the mediocre gameplay that has been put on a pedestal, but the charismatic characters, the epic action-sequences and the dream about finding long lost treasures in Naughty Dog’s captivating titles. The player actually gets to be in Indiana Jones’ shoes, and that was one of the reasons I was quite sceptical about the Uncharted movie – and scared that it would “just be” a National Treasure knock-off.

And there’s plenty of reasons to be sceptical. A totally hectic and problematic production period which changed the movie’s director as often as Drake changes his shirts, plus a COVID-19 pandemic as well. The movie was supposed to be out quite a while ago, but was pushed, delayed and pushed again, which never is a good sign, right?

Even the casting of the actors was a reason to be uneasy about the movie. Tom Holland as a young Drake?… Would he ever be able to portray Drake’s charisma and swagger? Combined with Mark Wahlberg as good old cigar smoking Sully? It had to be some kind of joke! On top of the release of the first trailer, which looked like another generic Hollywood action flick without any soul, and you can probably understand my scepticism when I went to the theatre to review the movie. 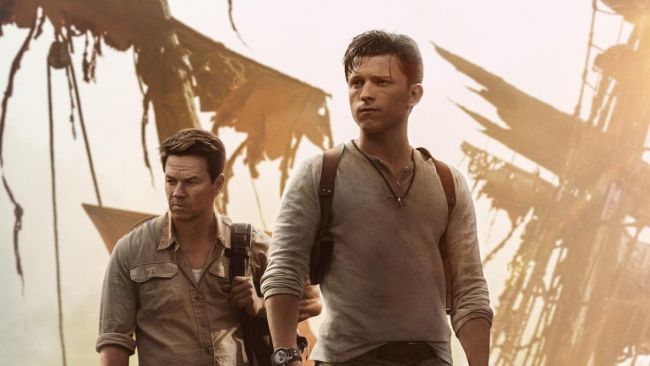 This is an ad:

Of course I hoped to be proven wrong… and luckily I was! Not that Uncharted is going to win any Oscars in the near future, but that doesn’t matter, because damn I was entertained and wearing a huge smile across my face from the beginning to the end! You pulled it off, Sony – despite all of our scepticism and the adversity of the entire production from the beginning. A big step – and a very important one – for Sony’s new PlayStation Productions studio. The Uncharted movie was supposed to pave the way for the next productions (such as the The Last of Us series), and prove that PlayStation has what it takes to expand into other media platforms, and luckily it delivered on that promise. It would surprise me a lot if the movie doesn’t get a sequel in the next couple of years.

I mean, how can you hate a movie that starts its first scene with one of the most iconic quotes and sequences of the series: Nathan Drake being thrown out of an airplane whilst yelling “Oh crap!”. It doesn’t get any better than that! My scepticism quickly disappeared and I was able to lean back and enjoy the epic journey I was about to embark on. Maybe Tom Holland isn’t quite the Drake that Nolan North is, but he actually managed to blow me away with a totally different performance than his iconic Spider-Man. He has plenty of charisma, swagger and banter – just like in the games. All my fears that Holland’s portrayal was “just another Peter Parker” faded away quickly. Quite incredible that Holland actually is able to play something other than an awkward teenager with superpowers, isn’t it? 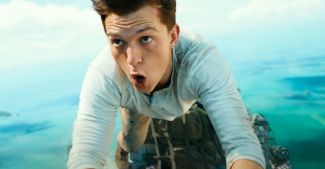 Just like in the games, the movie quickly escalates, and even though the events aren’t quite the same as we know them from the franchise, it is easy to be carried away with them. For example, the way both Sam, Chloe Frazer and the meeting with Sully is presented is different from the games, and even how Drake gets a hold of his iconic ring – but that is the creative freedom that the movies have taken, and is in fact more of a breath of fresh air, than something holding it back. The same can be said about the iconic set-pieces, which have been handpicked and adapted to the movie. It is more or less the same Nathan Drake that we know and love, but with another new and exciting story. And what a story!

This is an ad: