There is no doubt that WhatsApp is one of the most downloaded applications on Android and iOS mobiles. Through it you can try the multi-device option to not depend on your mobile when viewing your chats on the PC or computer, send photos and videos that disappear as soon as they are seen by your contacts, as well as send documents in word or PDF, GIF , animated stickers and emojis.

MORE INFORMATION | WhatsApp: the trick to block a contact without opening the chat and thus not leave the seen

Although the latter are very popular, they have also raised doubts among people, as each of the icons has a meaning. Some are a bit obvious, while others need a translation to avoid confusion, such as the smiling face with star eyes. Do you know what it is used for in WhatsApp? Has someone ever sent it to you? Here we explain it to you.

What does the star-eyed smiley face emoji mean

In order to know exactly what this emoji of the smiley face with star eyes means, it is necessary to resort to one of the websites that is responsible for compiling all the WhatsApp icons and explaining them in detail: Emojipedia.

This source explains that the smiley face with star eyes emoji is known as Grinning Face with Star Eyes in English. It is characterized by having a wide and open smile, showing the upper teeth on most platforms, with stars for eyes, as if it were watching a beloved celebrity. It can express that someone or something is amazing, fascinating, impressive, or exciting.

Read Also   Luis Miguel takes refuge in Acapulco, away from everything and everyone

This emoji was approved as part of Unicode 10.0 in 2017 and was added to Emoji 5.0 in 2017. Something to pay attention to is that the design almost maintains its appearance on the different platforms, the only thing that changes color are the stars that appear at eye level.

It is also known by these names 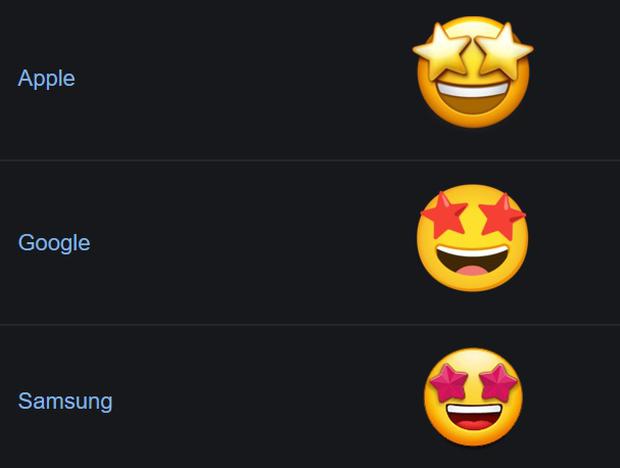 The smiley face with star eyes from WhatsApp is widely used, but this emoji has different meanings. (Photo: Emojipedia)

How to fix problems with WhatsApp

Do you have a problem with WhatsApp? Do you need to report it? If you have any kind of problem, then you should write to their contact email: [email protected] or [email protected]sapp.com. You can also make the same request from your iPhone through the exclusive service for iOS.

Now, if you need to make a general query, you can fill in the form using this link. There you simply have to put your phone number, in addition to the code of your region, and then write your message after identifying yourself.